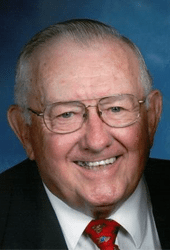 Our agency was founded in 1956 by our father, Carl L. Cramer, in a small room of his home in Newburg, PA. Not long after, 1957, Dad become a licensed agent with a “little known” company called ERIE Insurance Group, a company that today continues to be a key component of agency operations. Eventually, our mother, Glenda Cramer, also became a licensed ERIE agent, helping Dad with various agency operations through the years.

In 1997 the agency reached a point where it had out-grown the one-room office in Newburg and moved to its current location in Shippensburg. Shortly after, January, 2000, Dad retired as principal agent and sold the business to current owners, sons Matt and Curt Cramer. It was at this time the “LLC” was formed and added to the existing name.

Though Dad retired as principal agent in 2000, he remained a licensed agent until his passing in May, 2014. It was his dedication and service to clients that laid the foundation for what presently exists.

Today the agency continues as a second generation agency, taking much pride in carrying on the traditional “mom and pop” style of operation that began in 1956.

We Want Your Opinion!

Write a Review(opens in new tab)